THE FISHER VALLEY COLLEGE is currently located in Bgy. Hagonoy, Taguig City, Metro Manila. The school is a co-educational, Christ-centered institution. It is committed to develop skills, knowledge and attitudes for the individual to become self-reliant, responsible and be a useful citizen of our nation. The founders believe that faith in God gives meaning and purpose to human life and man as a free moral agent will certainly devote efforts toward nation building. The school assumes the responsibility of putting in our youth of today the true value of a Filipino and its culture as a basic element in the attainment of national development and unity.

During their first Board meeting on October 7, 1986 at the residence of Atty. and Mrs. Ronald R. Yap in Bel-Air Village II, Makati City, the founders agreed to contribute their efforts toward developing the children through quality education. The proposal to establish a school was approved by the incorporators.

On November 25, 1986, the Articles of Incorporation of the School for Elementary up to College level, was approved by the Securities and Exchange Commission under SEC reg. #136699. 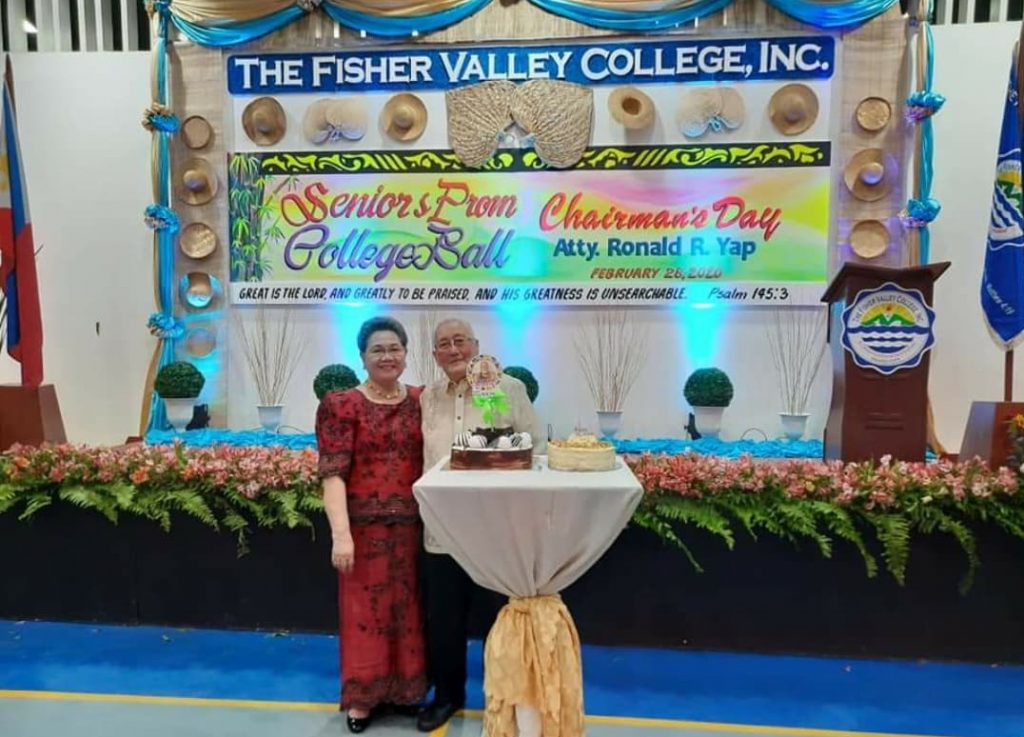 Mrs. Rebecca M. Yap, who by profession is an educator and is well involved in the field of education, then became the institution’s forerunner.

Fisher Valley College is the name given to the school primarily because of our Lord Jesus Christ’s mandate requiring us to be “Fishers of Men,” and secondly because of its strategic location within the fishing village of Taguig, Metro Manila.

The first three (3) years of existence was a great challenge to the people behind this institution of learning. With a handful of teachers, moderators and parents working hand in hand in the spirit of togetherness, obstacles were brought to a well taken solution.

Having complied with the law and requirements, the Department of Education, Culture and Sports (DECS) issued the school permit to operate legally. But greater and better things happened to The Fisher Valley College. The Kindergarten and Elementary Departments were given full government recognition (No. P-0015 and No. E-0010 series 1991) by the Department of Education, Culture and Sports, and a High School Department was added. The High School Department, also received Government recognition on March 1, 1995.

Year after year, the school strives to improve the standard of education. Moderators and faculty members are screened and trained to live up to its slogan “Low Tuition Fee/Quality Education.” The fees truthfully are minimal and affordable and caters to the needs of both the average, high and low income level groups in the community. The School Directress Mrs. Rebecca M. Yap has kept her promise to the people of Taguig and suburbs that this school is here to stay to take active part in the moulding of our youth in this part of Metro Manila through Christian Education.On May 30, 1993, the Board of Trustees applied for a change of institutional name from FISHER VALLEY SCHOOL to FISHER VALLEY ACADEMY. Said application was approved by the Securities and Exchange Commission (SEC) on July 7, 1993.

In 1997 GOD blessed the school with a branch “The Fisher Valley Academy” in Camaman-an, Cagayan de Oro City.

In 2004, the C5 Annex was opened initially offering two-year vocational courses. Now it has expanded to a new four-storey building offering pre-school, elementary and high school levels and a newly offered two-year Nursing Assistant course in addition to the 6-months caregiver.

It is the wish of the founders that with God’s help one day, they can look back and see that their schools have produced professionals who by then are pillars of the nation. For all of these, all the glory and honor are given to the almighty GOD. 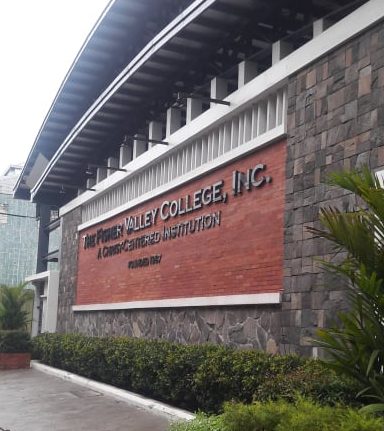